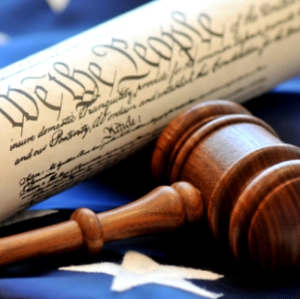 Immigration is the act of entering a country with the intention of permanently living and/or working there, although U.S. immigration laws also cover entry into the country for almost any purpose including temporary stays beyond a certain length of time. Below is an overview of immigration processes in the United States.

If an individual is seeking immigrant status based on the fact that they have a relative who is a U.S. citizen or lawful permanent resident, the following is required:

• The individual must be eligible for lawful permanent residence based on a family relationship that is recognized under U.S. immigration law. Not every relative is instantly eligible, and some immediate family members (spouses and children) are given preference over others.
• Form I.130, Petition for Alien Relative, must be filed by the individual’s relative (called a “Sponsor”), along with proof of the family relationship, and the petition must be approved by the government (the U.S. Citizenship and Immigration Services bureau).

If an individual is seeking immigrant status on a permanent employment opportunity, the following is required:

Although relatively rare, if an individual makes a qualifying capital investment in the United States, he or she may be eligible for immigrant status, provided that:

• The investment meets a certain threshold dollar amount, benefits the U.S. economy, and creates or saves a specific number of jobs.
• Immigrant Petition by Alien Entrepreneur is filed with an approved by the government.

What are some factors that are considered by the U.S. Citizenship and Immigration Services (USCIS) in granting an individual immigration status?

Factors considered by the USCIS include:

What is the purpose of the Diversity (DV) Lottery Program?

The purpose of the DV Lottery Program is to annually award immigrant visas to applicants whose country of origin has low immigrations rates to the U.S. (not more than 50,000 in the last five years). The program is called a lottery because there are more applicants that available visas and the visas are granted randomly among qualified applicants.

What is the basis for being deported? What are the consequences of deportation?

Deportation (or removal) occurs when an alien is found to have violated certain immigration or criminal laws, consequences being that the alien forfeits his or her right to remain in the U.S., and is usually barred from returning.

How is the deportation process initiated?

The Bureau of Immigration and Customs Enforcement issues a Notice to Appear (NTA) stating the reason why the alien should be deported or removed. The NTA is served to the alien and is filed with the immigration court. A hearing is scheduled, at which an immigration judge will determine if the information in the NTA is correct. If it is, removal of the alien will be ordered.

Can a deportation or removal order be appealed?

Under what circumstances will a foreign spouse’s permanent resident status in the U.S. be conditional?

Under what circumstance will a foreign fiancé, who has been admitted into the U.S. for the purpose of getting married, be required to leave the U.S.?

If the marriage to the U.S. citizen who filed the petition to permit the fiancé into the U.S. does not take place within 90 days of entering the U.S., the fiancé will be required to leave the country.

Can a U.S. citizen file an application to adopt a foreign-born child before the citizen has identified a child to adopt?

Yes. A married U.S. citizen, or an unmarried citizen who is at least 24 years of age and will be at least 25 when the petition is actually filed, may file an Application for Advance Processing of Orphan Petition, to speed up the adoption process.

What is the basic law that governs immigration?

The Federal Immigration and Nationality Act provides the basis for U.S. immigration law.

Can a fee for immigration-related services be waived?

Yes. The U.S. Citizenship and Immigration Services (USCIS) bureau has discretion to waive a filing fee if the applicant can establish that he or she is unable to pay. IN order to have the USCIS consider waiving a fee, the applicant must follow specific instruction, including completion of a form for review by the USCIS.

The Role of an Immigration Attorney

Whether you will need an immigration attorney will be determined by your reasons for entering the United States, and by your background. If you just want to visit the U.S., you may not even need to obtain a visa. Check with a U.S. consulate or embassy in your country to determine the visa requirements.

If you are coming to the United States as a result of a job offer from a U.S. employer, your prospective employer will probably either hire an attorney to do the work, or use someone on staff with specialized training in immigration procedures.

If any of the following descriptions apply to you, it will be worth your while to seek legal advice from an immigration attorney:

2. If your prior applications have been denied. An attorney should be able to determine what the problem is, and whether it can be remedied.

3. If you have attempted the process on your own and simply cannot figure out what to do next. The immigration process is notoriously complicated, and many individuals hire attorneys because they have reached the limits of their patience. In many instances, it is better to hire an attorney rather than improvise and cause unnecessary delay in your immigration process.

5. If you have a communicable disease. Not all diseases are a permanent bar to immigration.

6. If you have filed your immigration forms and have been waiting an unreasonably long time for a response. In many instances, a well-established immigration attorney will have relationships with USCIS personnel that can facilitate a timely determination of the status of your application.

7. If you divorced your first U.S. spouse before the condition was removed from your permanent residence and you are now seeking to adjust status based on a marriage to another U.S. citizen. In many instances, it will be difficult to prove that your first marriage was not a sham.

8. If your marriage to a U.S. citizen failed before you were able to file your petition to have the condition removed on your residency, and you will have to file alone. The procedure for waiving the joint petition requirement can be extremely difficult, particularly when your former spouse and his or her family will not provide you with any evidence that the marriage was not a sham.

9. If you are immigrating with your family and you have a child that could reach age twenty-one before your permanent residence status is granted. For example, if you are obtaining a green card through employment, your spouse and your children under the age of twenty-one will also be eligible for green cards. In such a case, you will want to consult an attorney to determine the most expeditious method of processing your paperwork.

Where can I find a Nevada Immigration lawyer in Las Vegas or Reno to assist me with my Immigration case?

Go to www.attorneyguide.com or click “home” on the menu bar at the top of the page. Choose your city and state, and then select Immigration Law and the type of case that best matches your situation.

Are you looking for an experienced criminal Attorney in Nevada? Attorney Steve Evenson has the experience and knowledge to take on your case!